Mobile gaming is booming, with no signs of slowing down. And yet, with so many devices and games on the market, it can be difficult for new gamers to determine what platform is best for their needs. Should they stick with a smartphone? Or is a tablet a better option? In fact, even experienced gamers looking to upgrade their device may not know where to go next, such is the rapidity with which the marketplace moves.

If this describes you, then you’re in luck – we have five recommendations for mobile devices that you can’t go wrong with. If you want a device that is just as effective a gaming platform as it is a phone or work tool, look no further.

The Samsung Galaxy S6 Edge is perhaps the best Android device to date – and may just be one of the best smartphones ever made. Its unique feature is a touchscreen that extends over the side “bezel” of the phone. It not only looks cool, it’s highly functional too, with a whole slew of unique features and user shortcuts built in. Want a quick update of basic information? Simply swipe the side of the screen – it’s that easy.

As a gaming device, the Galaxy S6 has a lot going for it. Its hardware can’t be beat; with an advanced mobile processor, it is one of the most powerful and robust smartphones on the market. And it’s accessible, too. You may have recently seen headlines to the effect of, “T-Mobile Cuts Price on Galaxy S6 Edge.” The first carrier to do so, it has put this incredible device in the reach of pretty much everyone. If you are seeking beautiful graphics and powerful gameplay in a handheld device, this is it.

Of course, not everyone wants a 5” screen, and for those people, we recommend a tablet. If you happen to be one of these people, consider the opposite end of the spectrum – the Samsung Galaxy Note Pro features a massive 12.2” screen (you may recall a time when a 19” television was considered respectable!) with over 4 million individual pixels. This HD display features gorgeous colors and unparalleled clarity, making it the obvious choice for gamers. Running Android’s 4.4 KitKat operating system and powered by a 2GHz octa-core advanced mobile processor, the Galaxy Note Pro is capable of supporting the most advanced mobile titles.

For individuals who favor Google’s Android operating system, the Galaxy Note Pro might just be the best tablet currently available. Though the display may be the standout feature, that’s hardly all the device has to offer. It is powerful, fast, user-friendly, and makes use of one of today’s most popular operating systems. Try it and see for yourself. The slimmest, lightest, sleekest, most impossibly cool tablet out of Cupertino is the newest iPad – the iPad Air 2. For Apple fans, this is the tablet to have. The specs can hardly be believed. Weight? Less than one pound. Thickness? Six millimeters, or roughly one-fifth of an inch. Incredible. But despite its diminutive size, the iPad Air impresses in performance, too.

With a 9” screen packing 3.1 million pixels, the iPad may not match the Galaxy Note Pro in outright numbers, but for many, this smaller size is a benefit, not a hindrance. If you’re one of those people who wants your tablet to be as unobtrusive as possible, this is the device for you. Throw it in your bag and forget about it. And when you’re ready, pull it out and enjoy its HD display and access to Apple’s immense App Store.

Talk about a device that needs no introduction. Love ’em or hate ’em, Apple iPhones have become cultural icons, as important to the company’s legacy as the original Mac, the updated iMac, or the original iPod. The iPhone 6 is the latest and greatest version. Available in standard and Plus size, it’s also for the first time offered in two different sizes to meet people’s needs.

As a gaming device, the iPhone 6 just works. As the flagship model of a company that prides itself on being at the leading edge of its industry, the device can’t have any appreciable flaws. With the iPhone, you will get Apple’s latest version of iOS, access to the exhaustive App Store, incredible high-definition graphics, and an advanced mobile processor that can power even the most complex mobile games. Of course, if you’e considering the iPhone, then you probably already know all of this! And if you’re not considering the iPhone, you probably already own an Android device!

Looking for something a bit out of left field? Have you given any thought to the Nvidia Shield? This Android platform is available in both Tablet and Portable formats, providing gamers with a choice when it comes to screen size. What’s unique about the Nvidia system, however (and what makes it pretty much tailor-made for gamers), is its incorporation of a traditional gaming controller. Many traditional gamers scoff at mobile games as a mere concept because the user interface – which in nearly all instances is dependent on the touchscreen – is so foreign and different. Nvidia’s Shield platform does away with this complaint by utilizing a traditional game controller, complete with AB and XY buttons. If you want a mobile device that puts gaming first, you’ve found it! 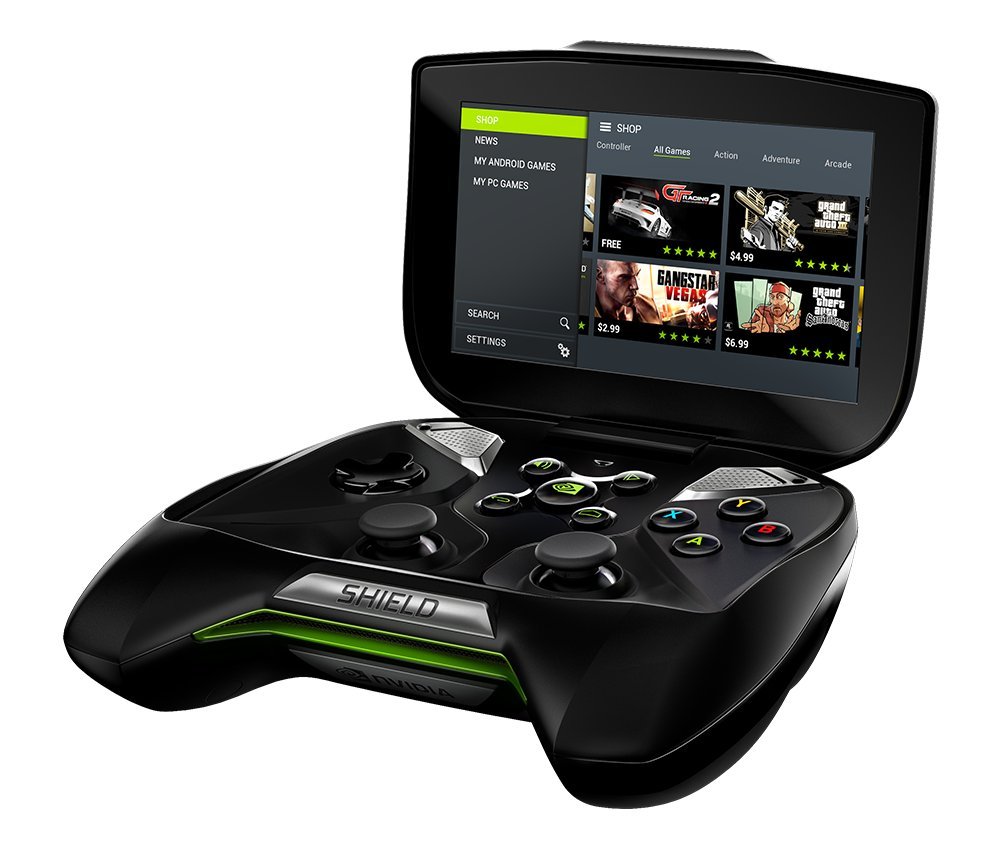