Morgan Spurlock will host the first-ever Geeks for Peace event on Friday, July 10th at 7:00 PM at the Moniker Warehouse in San Diego during Comic-Con.  The party will be co-hosted by Kevin Smith and Gotham Chopra and will feature special guests including Giancarlo Esposito (Breaking Bad), Frances Fisher, Greg Grunberg (Heroes), Scott Grimes (American Dad, Justified), Efren Ramirez (Napoleon Dynamite), Eddie Matos (Finding Carter) and Adrian Pasdar (Heroes, Agents of Shield).  The Band From TV will perform and guests will also include an art auction.

The Geeks for Peace event was conceived by Spurlock after he was presented with the Peace Hero Award by the youth of Kids for Peace in 2013 for his commitment to kids, peace, healthy living and using his voice for good. Funds raised during Geeks for Peace will help Kids for Peace support and expand their programs to underserved youth in the U.S., Pakistan, Iraq, Liberia and Kenya. 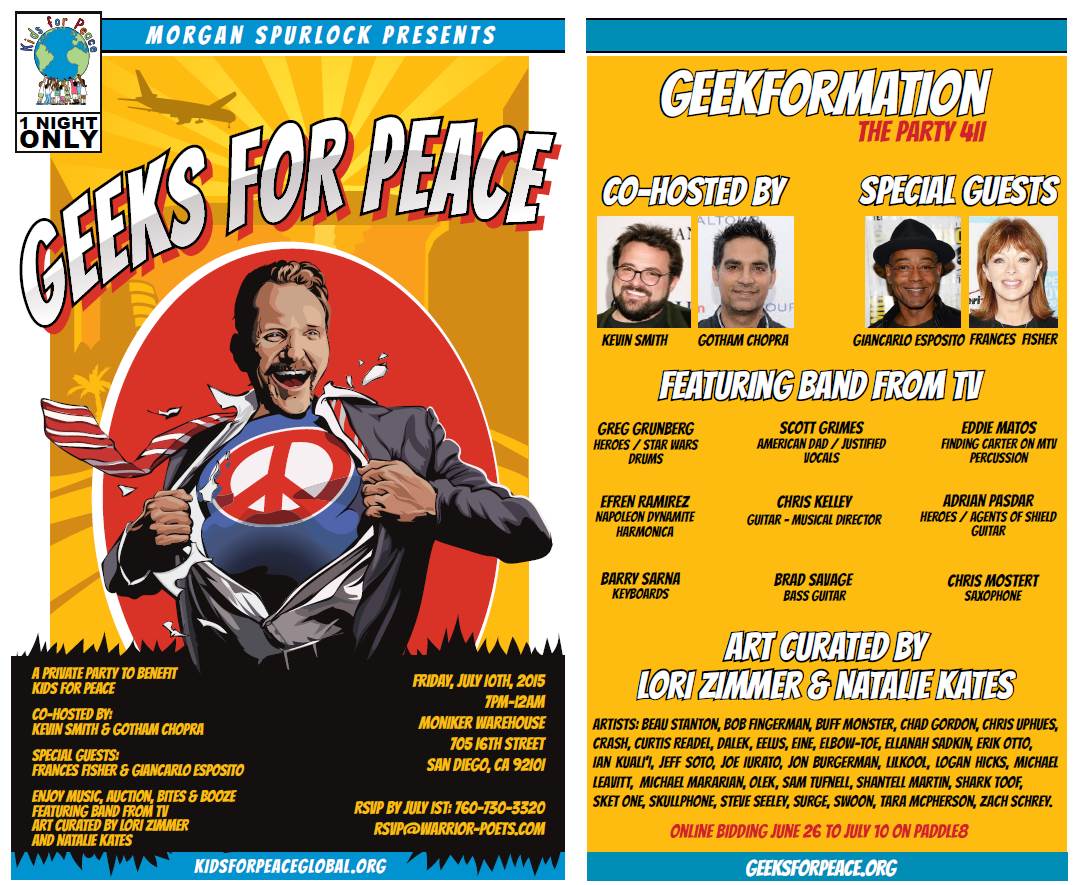