I think last year one of my few regrets was not being able to make it to the Destination Truth Meet Up with Joshua Gates. It was going on while I was stuck in Ballroom 20. Again, it’s all about making choices.

This year I was determined to make it and I did! The wonderful Amanda made it happen. She’s the Fan Ambassador for the show and took it upon herself to set up a little meet & greet with Josh Gates and Erin Ryder. It wasn’t anything fancy, it was held outside the Hard Rock Hotel near the Pinkberry, but it was awesome. A good amount of fans showed up and Josh and Ryder took the time to meet with everyone for pictures. It really was awesome. It’s funny too because earlier in the day I had actually passed them on the street and managed to say “Hi.” This time I managed to say “Wow, you’re really tall” and Josh took it upon himself to bend down a little bit. How nice right? 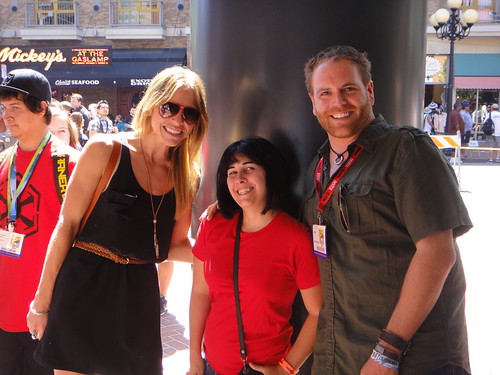 Another fan had an awesome handmade Josh doll. It’s not as creepy as it sounds and he loved it! He was him down to the watch and the necklace. It was pretty amazing. I’m jealous of the talent some people have! He signed the doll for her and actually asked her to see if her friend would make him one of his own. 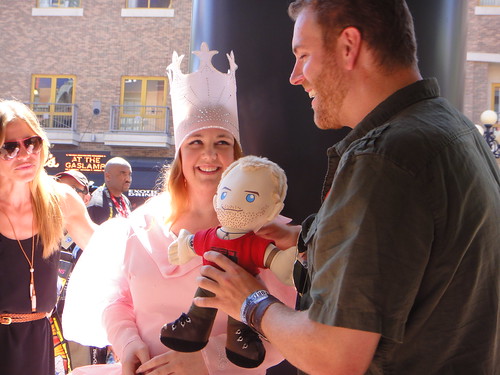 The M&G wasn’t too long which was nice. It didn’t take up much time which meant you didn’t have to miss out on anything else that you might have had on your schedule. Plus it was on Saturday which was really awesome because as far as my schedule went, I was done my panels by 1:00PM. I think last year it was either Thursday or Friday which made me sad. I want to thank Amanda for taking the time to put this together. If you’re a DT fan be sure to follow her on Twitter at @DTonSYFYfans. She’s always having awesome contests plus interviews with the team!

Did any of you make it to the Destination Truth Meet Up?

One thought on “Destination Truth Comic Con Meet Up”