I don’t know how we managed it but myself, Melinda & Erin (plus her hubby and friend) all made it into the Michael Ausiello Comic Con Party! It was held Thursday night at Nerd HQ. In order to make it into the party you had to be one of the first 100 people to send in a RSVP email. We found out the Friday before the Con that we made it in!

The party was great! It was open bar for the first hour plus Break.com videos were playing on the TV’s plus there were tons of video games to play. There was a sweet photo booth set up as well. If I ever have a party, a photo booth is on my list! I liked the fact that the party was pretty small. 100 people really isn’t a lot, especially at a Comic Con event/party. I actually met a handful of you followers which was awesome and weird all at the same time! I felt like a celebrity!

Speaking of celebrities, the first one I noticed at the party was Zachary Levi who was sitting at the bar just minding his own business. Of course that didn’t last long as people started to notice him. He was really nice to everyone, even making a few calls for fans! Eventually he moved outside onto the nice little deck/patio space. A little after that the “Psych” gang arrived which caused me to have a small panic attack. I kept cool though. I kept my panic inside my head. They headed right outside which means so did everyone else. The capacity was quickly reached and we actually had to wait to get out there! Luckily I didn’t wait long. As soon as the bouncer said “3 more” I was through the door.

The first cast member I chatted with was Timothy Omundson who plays “Carlton Lassiter” on the show. He was very nice and talked with everyone. He made sure to ask your name and actually talked with you, didn’t just take a picture and call it a night. I blew his mind though I think when I mentioned I really enjoyed his episode of “Criminal Minds.” He seemed a little shocked that I knew that! It made me feel pretty awesome. Then there was James Roday who of course plays “Shawn Spencer.” Again, he was super nice and chatted with the fans. I could’ve told him I love him on the show but I like to take the “mind blown” approach. I told him my favorite episode of “Fear Itself” was the one that starred him and Maggie. I think he actually said “Whoa!” when I mentioned it. It was pretty funny. Then last on the list was Corbin Bernsen, who I’ve know from “Major League,” my favorite movies. I didn’t bring it up though because I’m pretty sure he gets that all of the time. 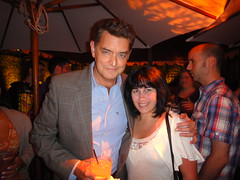 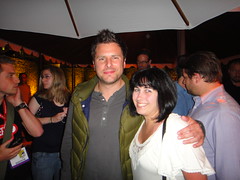 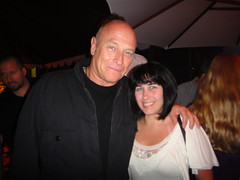 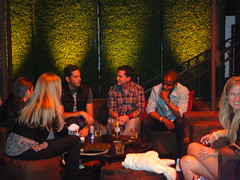 After that I chilled at a table with my Con Partner In Crime. That’s when the flood gates opened and some of you said “Hey!” It was really great meeting some of you! You all were super nice and a few of you I ended up seeing later on during the Con as well. It’s weird. San Diego Comic Con is huge but it seems like once you see someone, you see them everywhere! I really appreciate all the kind words as well. It really does mean a lot. It’s great to know the advice and tips we share here actually help people!

If I missed you please let me know and I’ll add you!