Dexter is pretty much the reason why I wanted to go to Comic Con. It’s one of my favorite shows. I was really looking forward to the panel to see how Michael C. Hall was looking since his battle with cancer. I had seen some pictures from a movie set where he sported a $10K wig (that looked real, no lie). It’s safe to say he won’t be needing that this upcoming season as his hair is back. The best part though is that he has his color back. He looks 100x better than he did at the awards shows earlier in the year.

Now that we have his health out of the way let’s talk about the panel. We learned that the new season of Dexter won’t have the “Big Baddie” like in previous seasons. I think that makes total sense. Dexter has some shit to deal with before he worries about some new bad guy. Plus John Lithgow was just amazing last season and I don’t think his guest role will ever be topped. In the preview that they showed we learned the kids are obvious upset over the passing of their mother and pretty much blame Dexter. Quinn has his suspicions about Dexter and thinks he killed Rita. He tells LaGuerta that if it were anyone else they’d be investigating the husband. He has a point. Rita WILL NOT be back as a “ghost” like Harry. They didn’t really touch on what roles the new guest stars will have. They mentioned them but didn’t give any details.

The audience questions were pretty much the same. Michael C. Hall was asked a few times how he felt about what his character does. He seems to be ok with it. I mean, they are bad guys after all! One guy did ask if someone was going to be a serial killer what part of The Code would be most important to follow. That question received a few raised eyebrows and Michael reminded everyone that killing is wrong. Jennifer mentioned that her character Deb will be there to help Dexter with the kids. She might not be the best Aunt but she’s going to try.

Here’s the trailer they showed at Comic Con. You could consider it Spoiler-ish. Consider that your warning!

Here are some pictures from the panel. 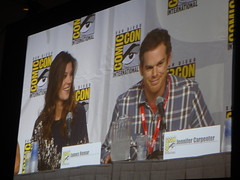 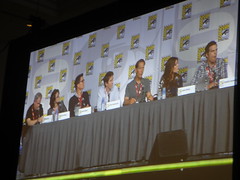 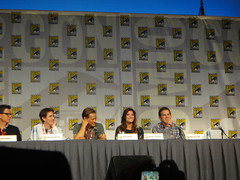 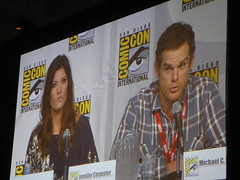 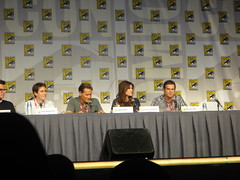 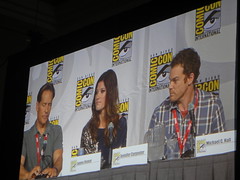